Wait. What? Just what does Anima Startup In Corpore Startup mean?

Don’t worry, we haven’t lost our minds. Nor are we using Latin as our new, secret form of communication within the corridors of Starttech Ventures. 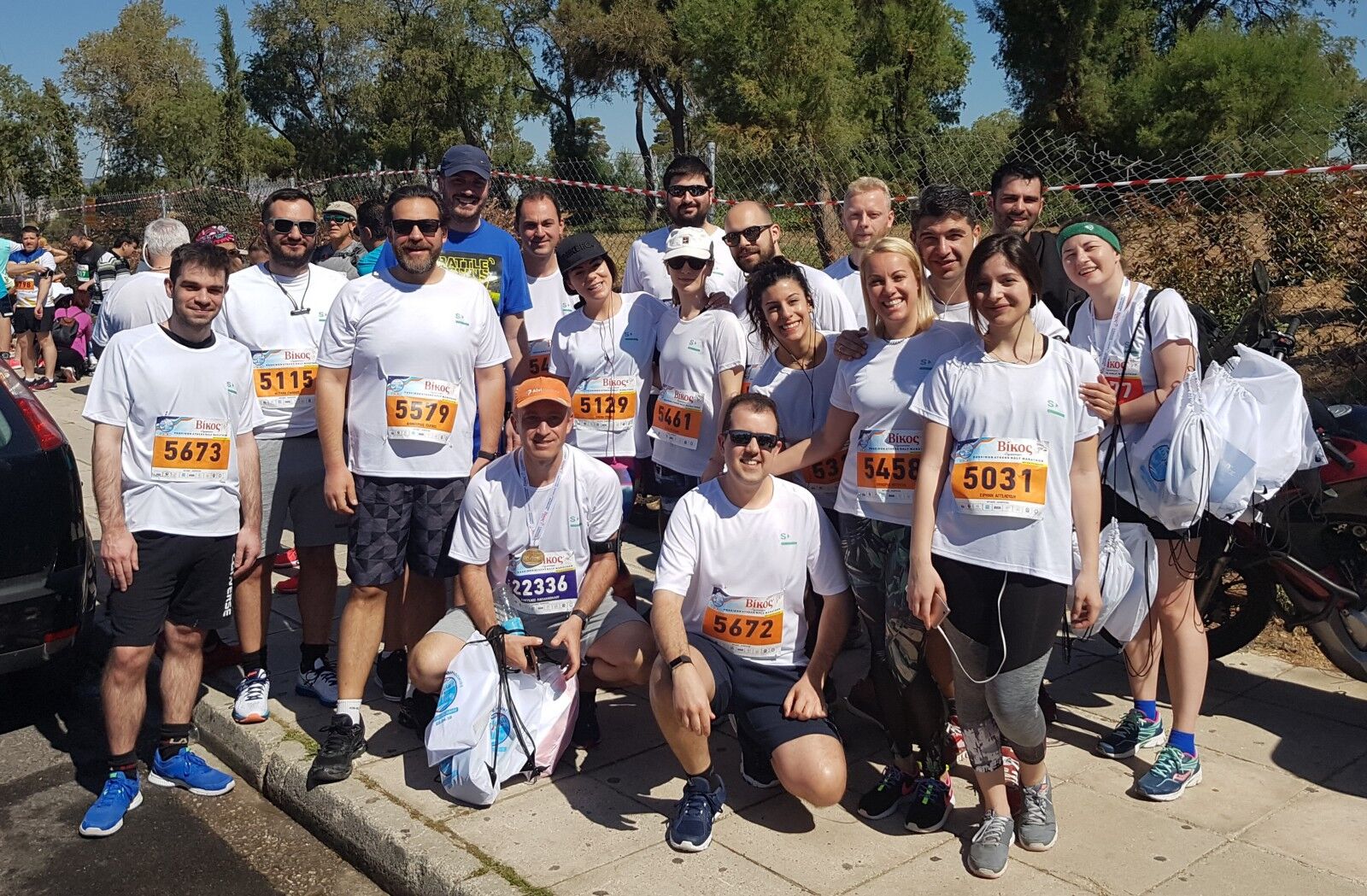 The phrase Anima Startup In Corpore Startup is simply our reworked version of the Latin phrase “Anima Sana In Corpore Sano”, used by Japanese sports brand ASICS, which  roughly translates to “a healthy mind in a healthy body”.

And it all has to do with our newly-formed running team.

A brief history of sorts

Of course the Japanese did not come up with the phrase, it was hi-jacked (in the positive sense) in a shrewd entrepreneurial move for commercial gain by ASICS. The original phrase comes from the classical era. An era where the Greeks started and the Latins followed up improving on things. That created what is known as the Greco-Roman civilization.

When it comes to running though, interestingly the Latins were first with the original phrase; “Mens sana in corpore sano”. Then our beloved ancient Greek ancestors came in and talked about “νοῦς ὑγιής ἐν σώματι ὑγιεῖ” — which basically has almost the same meaning.

Centuries later ASICS ( アシックス in that fabulous language of Japanese) decided to capitalize on exactly the same phrase, just changing Mens to Anima, which more or less is the same — Anima Sana In Corpore Sano. A small deviation of the original “Mens Sana In Corpore Sano”.

So, as you can imagine, it was kind of obvious for the Starttech crew to use the ASICS acronym in a slightly different way, that is Anima Startup In Corpore Startup 🙂

Running as a way to stay fit, productive and creative

And what do we mean by this motto? It is as simple as stating that entrepreneurship cannot be a single dimensional professional activity. More than this, it’s a way of life. And exercising plays a vital role, making sure that your body and mind stay fresh, sharp and creative.

This may not be ground breaking news. But the point is we are taking it one step further. Teaming up with ScienceTraining.gr, this year we offer free endurance training coaching for all our employees and startup collaborators.

Run (pun intended) by leading marathon/triathlon coach as Aris Myrkos, ScienceTraining offers the very best in fitness coaching for endurance training. If you think about it, the similarities between endurance training and the journey from an idea to startup and then scale up are strikingly similar.

And this is why more and more of us are including running, as well as other forms of exercise (such as yoga and trekking) in our daily routines. Significantly, all of this is done under the professional and scientific guidance and supervision of ScienceTraining.gr.

Yes, the best part of all of this is that it is a lot of fun. Because as well as having the serious benefits of sfaying fit and healthy in both body, mind and spirit, there is also a healthy helping of smiles and laughter along the way.

Every other weekend we participate as a group in various running events taking place in and around Athens. On Sunday April 22 for example, we took part in the Poseidon Athens Half Marathon, located on the beautiful seafront of the Greek capital. Two brave members of our team went for the half-marathon and the rest of us for the 5 km race. And more are on the way!

There’s also the excellent social aspect. Because of course, since most of us are Greeks, what is a battle of body and mind without a few liquid refreshments and a hearty meal in good humor afterwards?

It has been a wild ride so far, so a lot of Kudos must go to all of the team. Long may it continue.

While a marathon is often used as a metaphor for life, in my opinion it is an ideal one for running a business. Both are a voyage of self-discovery.

Both offer huge challenges which involves getting you far away from your comfort zone. There are many lessons to be learned from the experiences they offer.

From the outside looking in, being an entrepreneur building and growing a startup is still perhaps one of the most misunderstood ventures. It’s often seen as glamorous, exciting and fun. This is mainly due to the media and press, who mainly talk about the bright side of startups.

The romanticism of the start, achieving new milestones and expansion, or latest fundraising rounds. But let me tell you, while it can be all of those things, for the most part it is a long, hard slog. A test of endurance, which makes you question everything. Your self belief, your stamina, your psychology, and your body. And both can make you laugh and cry in equal measure. Much like a marathon.

But don’t take my word for it. Try it for yourself. And if you need more convincing evidence, check out this post from our very own Marathon Man, George Kripotos. George is the CEO and Co-founder of Pakia, the newest startup to launch and take part in our Lean Acceleration programme. It’s an inspiration little story about exactly how much the two things – running a marathon and running a startup – are one and the same.

The Starttech Ventures Founder. Tech entrepreneur. Passionate European federalist. Dimitris has been the President of YES for Europe - European Confederation of Young Entrepreneurs [2011-15], the Founder of the Hellenic Start-up Association [2011], Board Member at EBAN - The European Business Angel Network [2014-17], 40-under-40 European Young Leader [2012-13], Marshall Memorial Fellow [2018] and a Fellow of IHEIE/PSL [2019].
View more by Dimitris Tsingos