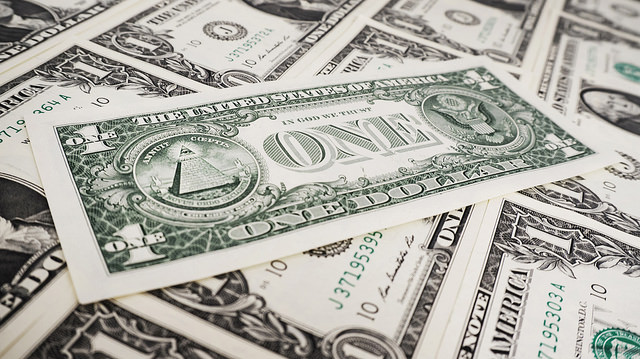 There has been no shortage of startup founders and business experts promoting increased risk financing availability as essential for high-growth and innovative entrepreneurship.

In Warsaw, Budapest, Belgrade, Nicosia, Mexico City, Buenos Aires, Accra, Nairobi and numerous other cities around the world, startup entrepreneurs know how unfair it can be trying trying to materialise your innovative idea without the financial support that your counterparts in places such as San Francisco, New York, Boston, Berlin or Tel-Aviv get.

They are right too.

As an entrepreneur based in Greece, I feel their pain.

It is very unfair (not to mention disheartening) to see so many great startups fail to grow simply because they happened to be launched at a location unfavourable with VC investors.

However, like most things in life, capital availability for start-ups is a double-edged sword.

It only takes a few minutes on web sites like Crunchbase and AngelList to get a feel for how many crazy ideas, more bizzaro and doomed-to-fail than innovative, get funded at the aforementioned “startup meccas”.

It’s a story that repeats itself in a steady pattern.

From 2007 to 2010, everyone was starting the next social network that would “kill Facebook”. Then it was the “new Instagram” — only to be superseded by the crowdsourcing (“new Kickstarter”) and sharing economy craze (aka “new Uber/AirBnB”).

Incredibly stupid and completely useless business ideas get millions in funding. Tens of millions, in some cases.

It would be funny, if it wasn’t alarming.

Why does this happen?

Over-concentration of money, the so called 1% division, has proved challenging to professional wealth managers; while managing a super-successful portfolio, these guys have to sustain a crazy, largely unmaintainable, growth rate.

This leads them to a quest of finding the holy grail of investments. There are few sectors in the world’s economy left with such a high growth potential; the tech industry is one of them. Fund managers, then, are essentially gambling, with the hope that pumping money to funny teams and ridiculous ideas will lead them to the “next Google”.

Getting the “new Google” simply out of pumping crazy amounts of capital to any team with a half-crazy idea is like giving 10,000 monkeys a typewriter and expecting one of them to type Hamlet.

That said, we might not see this bubble burst for a while. The market volume is now so large (and still growing at high pace), that is making enough returns to sustain the system. At least for the time being we still have some inflating to do.

I do believe, though, that a collapse is unavoidable unless there’s real change to the startup funding paradigm. A change that can only start from the Silicon Valley itself.

It is very easy to burn your investors’ money and then simply go for the “next round of investment”. It is also true that, if you keep pumping money without being truly concerned about it, there will come a time where a half-decent startup idea may succeed. At which cost though? Most probably returns will be minimal, if any.

Even worse, a really ill-structured system is created where startups and their founding members somehow think they are entitled to receiving tens of millions in funding for their “great idea” without having to pay any dues to prove themselves.(And then there’s the matter of the insane valuations at which those funding rounds happen).

Ancient Greek philosophy teaches that over-provisioning of anything is rarely a good idea, and, almost inevitably, leads to great inefficiencies.

Well, it doesn’t take Aristotle to figure out that startups have to be lean and that their funding should be lean as well — until they have proven their potential of course. In other words, supply of more capital than a business actually needs is equally bad as under-funding.

At StartTech Ventures we believe in lean approaches which to us is all about balance and harmony:

Startups need to get the necessary funding, but no more than that.

Valuations must be reasonable, both for founders and investors.

Usefulness to customers (in other words, real revenue), has to be proven as soon as possible.

Simple and clear principles that in our opinion can lead to creating truly great, scalable businesses.

And all these are not just us making a virtue out of necessity. We strongly believe this methodology works better and we have the results to prove it.

Funding should just be a means for making something happen — not an end goal in itself.

It’s not unusual to see startup founders feeling jealous of some others who got an even crazier VC funding round.

Don’t be fooled, entrepreneurs! Few of those who considered large fundraising rounds at crazy valuations as their main target actually made it to the end.

Do you wanna build a real business, creating economic value for its shareholders but also for its customers, suppliers and, to an extent, the whole society, or do you wanna be known as some losers who partied on VC money for a year or so and then vanished in thin air?